Black and blue or white and gold: that is the question. On February 26, I was genuinely concerned about the eyesight of my best friend when she told me that she saw a dress in white and gold when I clearly saw it in blue and black. It was so unbelievable to me at first that I didn’t believe her; once it was clear that she wasn’t lying, though, I sent her a color blindness test to make sure she was okay. Little did either of us know that we were at just the very beginning of a national phenomenon.

Within just minutes of seeing the dress for the first time, I was getting texts from all of my friends, and social media was going crazy, all with the same question: “What colors do you see?” When it became clear across the board that no two colors were any more popular than the others, different theories started flying, using things such as screen brightness, age, and even eye color to explain why people were seeing the dress in different colors.

And nearly two weeks after the dress first emerged, the controversial color commotion has not died down. Even though the true colors of the real dress (blue and black) have been revealed, the infamous picture of the dress with people’s own opinions is on billboards, all over the internet, in memes, and even used in ads. It was even used as a news story right next to a segment about ISIS at one point.

So has this dress drama been taken too far?

“I think it’s interesting,” said Ryan Johnston. “It’s really just a matter of perspective, like looking at one of those reverse pictures.” That being said, Ryan also stated that he would “gladly take up anybody who would like to debate that the dress is white and gold.” Ryan is also color blind.

On the other hand, however, a lot of people would argue that yes, the dress has been blown out of proportion–one response to the dress that can be heard quite frequently is, “Who cares?” And agreeably by probably most, arguing about which colors you see over and over can get to the point of a broken-record “yeah-huh/nah-uh” argument that children tend to have in preschool and elementary school.

“I just think it’s stupid,” said Denise Stone. “When you look at everything else happening in the world, it’s just sad that people are wasting their time arguing about a dress.”

But there are some good things that have come out of the dress situation, like the powerful ad created by the Southern African branch of the Salvation Army, which used the white and gold over black and blue controversy for a domestic abuse campaign. “That was good; I liked that,” commented Stone.

Regardless of your opinion of the dress, most can probably agree that taking something popular and fairly insignificant in the long run and using it to spread a good message is a step in the right direction, for society and for the well-being of people. “I think it’s good that we can recognize that the dress is actually pretty stupid and then use that to create something meaningful for people,” said Billie Jo Richardson. “That’s pretty stellar.”

And after all, who really cares about the color of a dress? 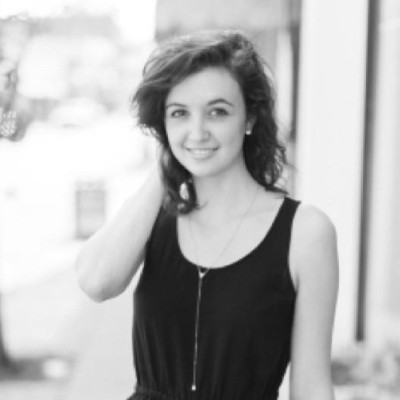