La La Land, the record setting, award winning musical rom-com starring Ryan Gosling and Emma Stone, is truly the movie to see this season. Being nominated for seven awards in the Golden Globes and winning all of them, La La Land set the record for most awards won and received for any one movie.

La La Land is a musical written and directed by Damien Chazelle (Whiplash, Guy and Madeline on a Park Bench), and starring Emma Stone and Ryan Gosling. The story is much like any other musical Romantic Comedy: Mia, a struggling actress meets Sebastian, a struggling jazz musician, and falls in love in a fashion that only Hollywood can create. Past the cliche story, this musical masterpiece is a perfect tribute to the golden age of the silver screen. Not only for having Hollywood powerhouses like Emma Stone and Ryan Gosling, but by alluding to some of the most famous movies of the time, such as Rebel Without a Cause, Casablanca, Singing In the Rain, and so many more. 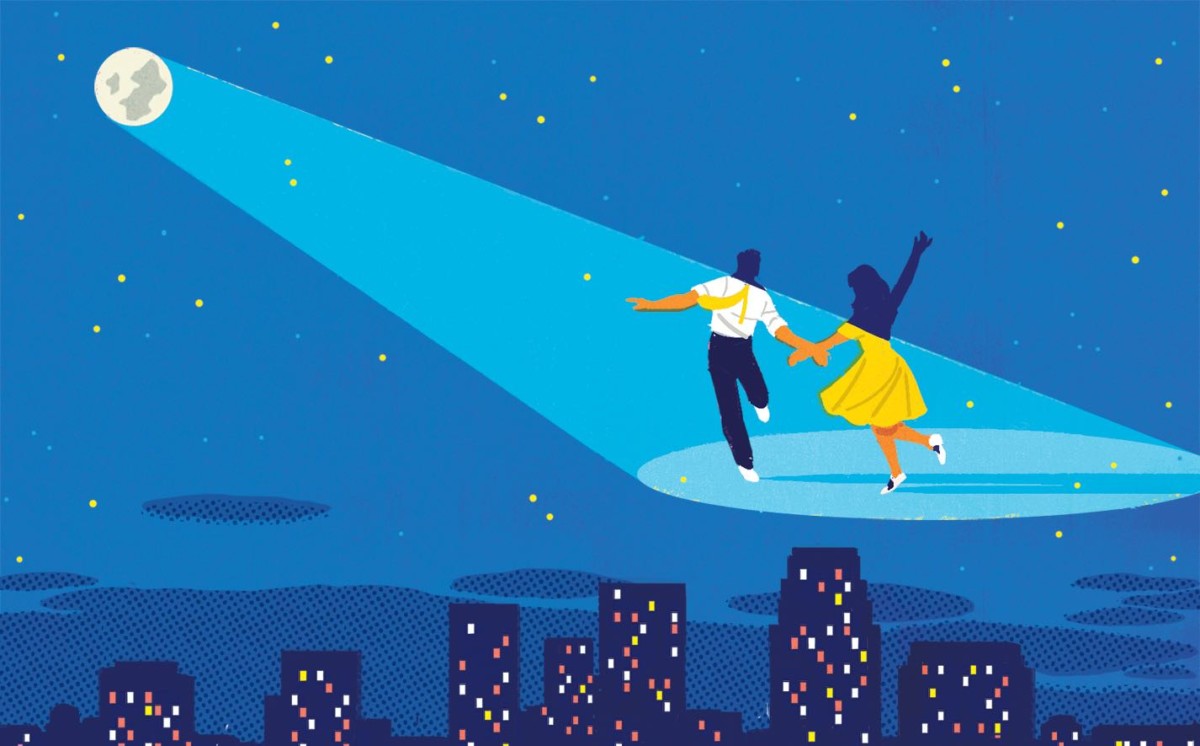 The score is beautiful, being full of jazz, and setting the mood perfectly for every shot. The movie is worth seeing for nothing else than the music, but has so much more to offer as well. The movie features good jazz, not the stuff you hear in elevators, or the jazz that restaurants play only for people to talk over, but truly alive, organic music. Jazz that speaks to the soul, and makes you want to sell yours for only a moment more. Emma Stone’s singing is excellent, and fits the style of the movie perfectly, earning her Golden Globe for best actress easily. Ryan Gosling fares about the same; the first time he sings in the movie, it’s off, but after that is smooth sailing and waterfalls made of tears.

The choreography is phenomenal. The dancing and movements feel natural, and look great, only enhancing the already stellar movie. The complexity of the dance numbers is brain numbing, and keeps the whole theater looking at the screen, only wondering what would happen next.

Guys, take your girl to see this, they will love you for it. Ladies, take your guy to see this, he’ll learn romance from the best, Hollywood. For those who love loving love, you’ll love La La Land. To those who dream, La La Land is for you. For the aspiring actress and musicians, La La Land is the inspiration that everyone needs. To those who want to see a good movie from the studio that made the Twilight Saga, look to La La Land for your wish. For those who dream, for those who dare, for the lovers of romance, to the romancers, to the men and women of the world, La La Land is something you can only truly experience on the silver screen. La La Land gets nine teardrops out of ten from me. My only complaint being that the movie didn’t give anyone enough time to cry before something more magnificent than the last happens.

[Can you spell awards and praise?]