Whether they were on the diamond or around the track, the athletes of spring 2018 will forever share a special bond of success. Baseball, Softball, and Track all qualified to compete at the state level, with state championships already for girls track at the time this article was published.

Below is a roundup of reporting from multiple sites already covering each team:

Lady Lopes 4-2 winners today against Freeport! Good for a third place WPIAL 3A finish and a berth in the PIAA playoffs!!

Next up: First Round matchup vs Hickory, Monday, June 4th – Time and Place TBD.

The Avonworth varsity baseball team put up a good fight, but, in the end, the team couldn’t put hits together, losing the WPIAL 3A Championship game to Brownville, 5-2.

Starter Ryan Felter and Reliever Turner Grau pitched valiantly, but a two-run first inning and solo tallies in the third, sixth, and seventh were too much to overcome, despite error-free defense.

After trailing 3-0 in the third, the Lopes narrowed the gap, scoring two runs. Jax Miller singled in a run, and another scored on an errant throw to second base on a steal attempt.

Jack Reed and Felter each had two hits.

It was an historic WPIAL season for Avonworth, and the team will start the PIAA state tournament Monday, June 4 (site/opponent/time TBD).

This past Memorial Day weekend at Shippensburg University, the Avonworth / Northgate girl’s track & field team secured the PIAA 3A Team State Championship, becoming just the 5th WPIAL program to do so since they started naming girls’ team champions in 1977.  Competing in the 3A classification with the largest schools in the state, the unique co-op team was led magnificently by Avonworth senior Hunter Robinson.  The Tulane recruit closed out her legendary sprinting career by winning her 4th & 5thindividual state titles. She blasted off for gold in the 400 meter dash in a huge personal best time of 54.10 seconds. In the 90 degree heat of the afternoon, Hunter gutted out another gold in the 200 meter dash in 23.98 seconds, only her second time ever under 24 seconds. She also ran a leg of the 3rd place 4x100m relay, which broke a school record with a time of 47.64 seconds, making it the 5th-fastest time a WPIAL team has ever run, anywhere. Hunter closed out the 2-day meet with her ninth race of the sultry weekend, anchoring the 4x400m relay to 5th place medals.  To everyone watching – her teammates, the coaches, the parents and family members, the thousands in attendance and many more watching live on TV – Hunter was the primary catalyst for the team title.

But, as with any team success story, it’s the hidden moments – ones that only those directly involved know to look for – that truly make a championship possible. It was the unbelievable composure the team showed when the bus broke down after the first day of competition, stranding the team at the stadium (a big thanks to Quaker Valley for the ride!).  It was Avonworth junior Hayden Robinson, after injuring her leg at the end of her silver medal performance in the 100m dash, passing up two teams as the anchor of the 4×100 relay later in the day for 2 crucial team points. It was Northgate senior Jasmine Williams, in only her first full season, running personal best times on both medal-winning relays when it mattered the most.  It was Northgate junior Megan Wisniewski, shaking off a subpar race on Friday, running the lead-off leg of the 4x400m relay in a personal best time – and then running even faster in the finals on Saturday. It was Hayden and Megan both exorcising the demons of season-ending injuries as sophomores. It was wide-eyed freshman Harris Robinson, overcoming an injury herself merely two weeks out from the state meet, performing like a pro in the 4×100 relay.

The most unexpected hidden moment, though, turned out to be one of the most crucial in the determination of team total points.  With Hayden’s injury getting worse after the 4x100m relay, she was unable to run on the 4x400m relay at the end of the meet. How high the 4x400m relay placed would ultimately decide whether or not the girl’s team would have enough points to win the team title. It was the last hidden moment of this incredible season, registered by Hayden’s alternate, Avonworth sophomore Lauren Pflueger, which turned out to be the best. Realizing only minutes before the starting gun was fired that she was going to run, and also knowing full well that the fate of the girls’ championship dreams now rested solely on the outcome of the race, Lauren took the baton from Jasmine and proceeded to have the one-lap race of her life.  Literally running for a championship among some of the best quarter-milers in the state, most 15 year-olds would have wilted. Yet, in only her third time running the relay in her 2-year career, Lauren ran as if she had done it a thousand times before, handed off to Hunter, and the team title was theirs.

When a once-in-a-generation human being/athlete/leader/teammate comes around like Hunter, people might incorrectly assume that a championship season like this is a foregone conclusion. What also must occur, undoubtedly, is another worldly convergence of performances like Hayden, Megan, Jasmine, Harris and Lauren had. In a sport like track & field, these girls were given only one chance, one race, one moment to prove themselves.  And, collectively, every single one of them took advantage of their moments. 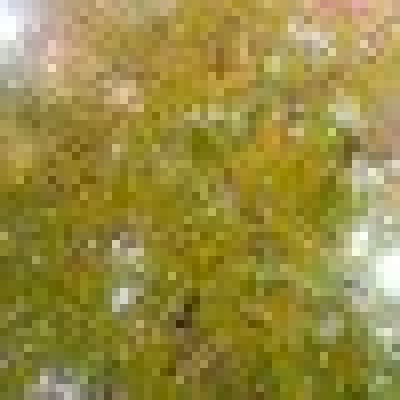